Do you believe that numbers are the basis of the universe? I mean mathematics of course, not the mind-melting, swivel-eyed number lunacy of numerology or Gematria . It can sometimes seem that we are living in a world of only two numbers: zero and one, but there are lots of other numbers out there which are just as important. After all how are we going to discover how the universe works if we don’t have the numbers. Some numbers are just strange and perplexing though. 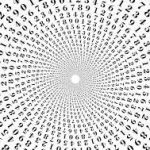 For instance did you know that there is such a thing as Weird Numbers? Of course you did, you are au courant with the work of Professor Hannah Fry after all. You are also, no doubt, aware of the saying “there are lies, damned lies, and statistics” (it’s a Mark Twain quote, so of course, there’s no agreement on where the words are from). 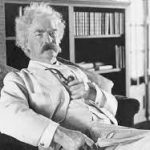 The full quote is: ‘There are three kinds of lies: lies, damned lies, and statistics.’ Apparently Twain himself attributed it to Benjamin Disraeli. Who knows (or even cares). Back to the numbers and their relevance to our line of work.

There are surveys, research, facts and figures galore on the subject of Direct Marketing. Indeed marketing in general is totally numbered up. A straightforward distillation of these numbers leads us to the conclusion that Direct Mail is ahead on all sorts of metrics such as engagement, retention, trust etc. The biggie though has to be Return On Investment and Direct Mail is reassuringly spanking that one too. 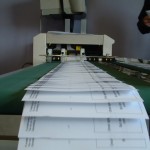 So what’s the problem with these numbers you ask (because there’s always a problem isn’t there)? Well the problem with them brings us back to the zeroes and ones of the digital age. In many peoples’ minds digital trumps all. “It’s the future” they may say. I suspect there is something else at play here, however. Ever since the financial meltdown on 2008/2009 it would seem that marketing has come down to how little you can get away with paying rather than measuring the returns. It results in companies preferring to spend as little as possible (maybe a Twitter Account with a dedicated member of staff overseeing it) and getting a small return rather than spending more to get more. It doesn’t make any numerical sense so there must be a psychological component (although that doesn’t necessarily have to make sense either). 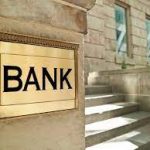 Look at it this way: in your ordinary life you find you have a £1,000 windfall. You have a deposit account with your bank that pays 1.25% interest so you put the grand in there because “Hey, a little bit is better than nothing”. Except of course when you go to pay it into the bank you walk right past the huge posters and the over-flowing leaflet dispensers  advertising the other deposit account that existing customers can open that pays 7.5%. So what’s the conclusion? That we’re all just a little too tired, too cynical to be bothered to open another account? That the time/effort involved in opening that other account isn’t worth the return of an extra 6.25% on our money? Maybe we just don’t trust or understand numbers any more and have taken Benjamin Disraeli’s words (or Mark Twain’s or Mohandas Gandhi’s or Homer J Simpson’s, again: who knows) to heart.  However, there is another phrase attributed to Mark Twain: “Figures won’t lie, but liars will figure” (and, no, he didn’t coin that one either). If the figures don’t lie then I guess the bank should have forgotten about the posters and leaflets in branch and sent out a Direct Mail piece advertising the second account, that would have worked better.