“Cycles, cycles: life runs in cycles. New is old. No, I’m not no psycho”

So said Chuck D in “Timebomb” on the first Public Enemy album. I’ve recited that from memory.  I used to be able to recite that whole album from memory because I’d heard it so many times and pored over the words on the inner sleeve (yes, vinyl). That, though, is ancient history. Or is it? We see time as linear and our movement through it as such. I’ve read “Thus Sprach Zarathustra” by Nietzsche a few times too and, from memory, I seem to recall that Zarathustra scaled a mountain and discovered a gateway with the words ‘this Moment’ carved into the lintel and two roads meeting at this point. Standing on the threshold and looking forward there was an eternity stretching ahead and looking backwards that road was also an eternity. As Z pointed out anything that can happen must’ve already passed along this road, that time itself is a circle.

Vintage is a thing. Vinyl records are a thing again. As I’ve said in a previous post: Steampunk is a thing. Retro is a thing (as Tricky said in a Nietzschean moment “Brand New You’re Retro”). For crying out loud: hipsters are a thing. So, with all this in mind, I

was somewhat bemused to read and hear time and again over recent months different people presenting stuff along the lines of “Millennials love Direct Mail” as ‘news’. Why wouldn’t Millennials love Direct Mail? Well, it turns out that no one’s really sending them any so that when they do get some they cherish it and clutch it to their trip-hammering bosom as a semi-divine token floating down to them as if from heaven. What do people expect? Obviously some expected Millennials to stare dumbfounded at the glossy mailer from their local Mini dealership (for example) lying forlornly on their doormat (are doormats a thing again yet?) like some kind of beached, two-dimensional, papery marine creature and say “Like, what am I supposed to, like, um do with this?” Gazing at it as though it were some outré farm implement from the 16th Century and they had as much idea and use for it as a 16th Century farm hand had for a Fitbit. The perception is that Millennials are, if not wedded to their smart ‘phones and iPads, then at least have entered into a serious and committed relationship based upon a deep mutual respect that, while not aping the more outmoded conservative, reactionary, and restrictive conventions of our society, does preclude any dalliance with any significant other. A monogamous and exclusive relationship betwixt Millennial and digital in other words. 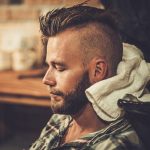 Direct Mail never actually went away it was just the perception of it that changed. It can certainly be said to have become less fashionable but it’s cycling around again. Maybe I’ve lived too long but surely there should be no surprise in that. Look at our high streets, filling up with wet-shave barbers where you can get yourself a Peaky Blinders haircut and stock up on Beard Butter (what year is this?).

The first Millennials are already having kids of their own. Let the Millennials have Direct Mail and the generation after that and the next etc etc. Let the cycles turn as people discover something new to them or they re-discover something they thought had disappeared in a digital blast of HD or VR and, in a fragrant cloud of nostalgia, let me dig out the second Public Enemy album from my memory crate. I can almost hear it now: “Caught! Now in court ‘cos I stole a beat!? This is a sampling sport. But I’m giving it a new name. What you hear is mine. P.E. – you know the time”. See? I’ve still got it. I knew those hours of listening and reading the inner sleeve weren’t wasted. It wasn’t lost, just a little overlooked and overcrowded by new stuff. It’s still a gem, just like Direct Mail.