What does the future hold for Direct Mail? 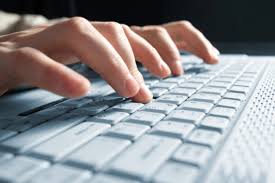 Whenever opinions are canvassed for such questions there’ll inevitably be sparkling, shiny imagery employed where new technologies dazzle and the buildings of the future are smart and amazingly clean. There’s something missing from such visions of times to come – people. Messy, untidy, awkward, contrary people. When it came to Direct Marketing there were those who saw the future as wholly new and, inevitably, digital. In fact; wholly digital. Email marketing was seen as the only option for this bright new future. When the financial global crisis of 2007/2008 came around it would appear that those who still had a job in marketing had most likely seen their budgets slashed to the bone and were desperate for something that fit the budget but had to turn a blind eye to its effectiveness: “Look, we can still market our company/services/widgets and it costs nothing”. Of course the Emperor’s new clothes did little to cover his, well, embarrassment when fingers started pointing. Email (particularly as a tool for hooking prospects) doesn’t work. It’s ineffective. It’s a waste of time. Is that too strong? Well maybe a little but, seriously, how many marketing emails do you actually read? I was talking to a man last week who had been using email marketing for his entrepreneurial endeavour from the get-go. In the wake of the WannaCry ransomware global strike he was declaring email marketing “DEAD!”. His point being that nobody would even open his marketing emails let alone click on one of the links embedded within.

So, is the digital dream really dead? Well those same messy, untidy, awkward, contrary people also have short memories so they’ll be clicking on links and opening up enticing looking emails in no time. In terms of Direct Marketing, however, email certainly looks very unhealthy. Everybody jumped on email which, of course, meant no cut-through. If you’re a market stall vendor you’ve got to have engaging patter but you’ve also got to have a very LOUD VOICE! The move to email instantly raised the value of Direct Mail for anyone who didn’t follow the herd because if everyone is SHOUTING then you’ve got to be doing something else to get noticed . Opening rates are higher for Direct Mail, it sticks around the house and office longer than email, it has a higher engagement rate, it has a higher return on investment.

I don’t know what qualifications you have to hold to be a ‘futurologist’ but as the plaintive cry of “We were promised jet-packs!” echoes down the decades we can see that it’s not always the sparkling, shiny picture we might have been expecting. If I were to take a punt I would say that the future is probably a little bit Steam Punk; old stuff with an imaginative, fantastical spin on it. Go boldly mes amis.